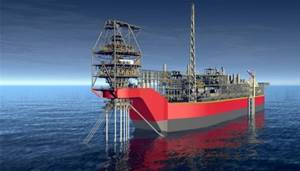 Australian oil and gas company Woodside Energy has completed the acquisition of the entire participating interest of oil company FAR in the offshore area in Senegal containing the Woodside-operated Sangomar development.

The purchase price for Far's stake in the Rufisque Offshore, Sangomar Offshore and Sangomar Deep Offshore (RSSD) joint venture, was $45 million, plus a working capital adjustment of approximately US$167 million to reflect the acquisition effective date of 1 January 2020.

The final completion payment to FAR, after adjustments and remedying of FAR’s defaults under the joint operating agreement, was approximately
US$126 million. Additional payments of up to US$55 million are contingent on future commodity prices and the timing of the first oil from the Sangomar project via an FPSO to be supplied by MODEC.

Woodside Acting CEO Meg O’Neill said the execution of the Sangomar project was proceeding as planned. “The continued safe execution of the Sangomar project is a key priority for Woodside in 2021. A major milestone is expected tomorrow with the arrival of the Ocean BlackRhino drillship in preparation for commencement of development drilling next week."

The Sangomar development, consisting of the drilling and completion of 23 subsea development wells, will be Senegal's first offshore oil development, targeting the production of ~231 MMbbl of oil resources (P50 gross) via an FPSO.

O'Neill said: "The construction of the floating production storage and offloading facility, which is a converted oil tanker, is well underway and we are receiving delivery of subsea equipment in Senegal.

“Sangomar is a world-class resource which will deliver near-term production and revenue for Woodside. We are targeting first oil in 2023,” she said.

As a result of this acquisition, Woodside’s participating interest in the RSSD joint venture has increased to 82% for the Sangomar exploitation area and to 90% for the remaining RSSD evaluation area.

Woodside intends to sell down its participating interest in the RSSD joint venture to approximately 40-50% in the second half of 2021.

The Sangomar Field Development Phase 1 will comprise a stand-alone FPSO with a production capacity of approximately 100,000 barrels per day, 23 subsea wells and supporting subsea infrastructure.