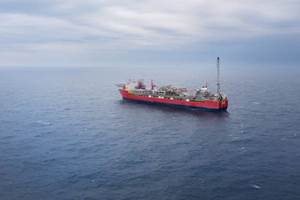 Norwegian oil and gas producer Var Energi, backed by Eni and private equity firm HitecVision, is seeking around $1 billion for its Jotun production ship, a source with direct knowledge of the matter told Reuters.

Var would then lease the floating production, storage and offloading (FPSO) vessel, which has been upgraded recently, to extend production at its Balder field, the source added.

Eni owns around 70% of Var, currently producing around 300,000 barrels of oil equivalent per day, and HitecVision the rest, although the two hold equal voting rights.

The sale plan was first reported by Bloomberg. HitecVision, Var, and Eni had no immediate comment.

A free webinar will deliver the latest forecasts and market intelligence for the global floating production industry, offering insider access to business and investment opportunities in the deepwater sector.