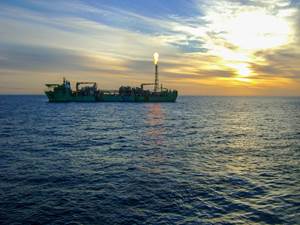 Production efficiency on the UK Continental Shelf (UKCS) has improved for the seventh consecutive year and for 2019 reached 80%, three years ahead of the 2022 target, the UK Oil and Gas Authority (OGA), said Thursday.

Production efficiency is the total volume of hydrocarbons produced as a percentage of the theoretical economic maximum production potential.

The Oil and Gas Authority said the 2019 production efficiency showed an "impressive five percentage point increase" on 2018. Per OGA, every region of the UKCS reported a rise, except West of Shetland which saw no change.

The increase was driven by a significant 25% reduction in production losses, following a concerted effort by the industry, which compared with 2018, which represented 50 million barrels of oil equivalent (boe).

Other successes, OGA said, include plant losses down by 29%; planned shutdowns ran to schedule with just a 1% overrun on planned time, against 15% overrun in 2018; and every region of the North Sea saw an increase in actual wellhead production from the previous year, except for the Southern North Sea. 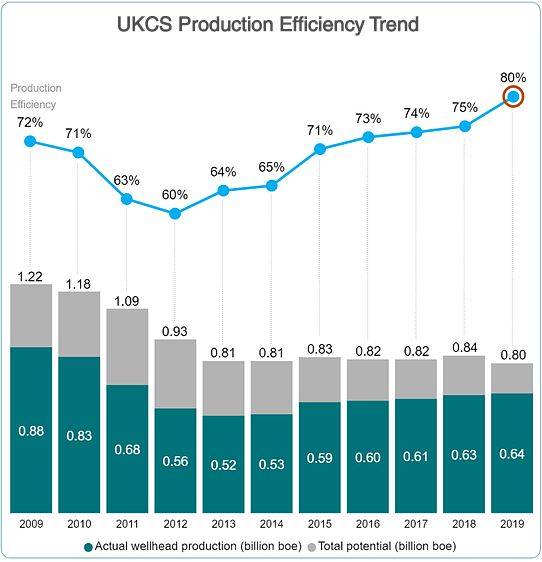 "Increased production efficiency often corresponds to lower emissions intensity on production facilities and the 23% improvement since 2014 has contributed to around 10% reduction in carbon emissions per barrel of oil produced over the same period," OGA said.

Hedvig Ljungerud, OGA Director of Strategy, said: "The sustained rise in production efficiency represents a significant achievement by the industry, which plays an important part in both maximizing economic recovery from the UKCS and helping in the drive towards lower emissions intensity.

“The twin challenges of Covid-19 and the fall in commodity price have placed the industry under pressure, but operators’ long-term improvement in production efficiency leaves them in a better position.”