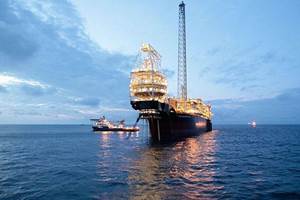 Tullow Oil cut its outlook for production and cash flow because of persistent problems in Ghana, while revealing that the quality of oil recently discovered in Guyana was heavy in nature, sending its shares down more than 20%.

Commenting for the first time on the oil discovered in Jethro-1 and Joe-1 in the South American country, Tullow said on Wednesday it was categorized as heavy crude, with high sulphur content, which would make developing it much harder than if it were medium or light crude.

This adds to the company's woes as it still faces problems at its operations in Ghana because of mechanical issues at the Jubilee field and a delay in completing a well at the TEN offshore field. The issues have prompted a third production cut this year.

Analysts at Jefferies said the production downgrade was bad enough, although to some extent expected, but the additional news from South America about the crude quality made it worse.

The London-listed company now expects annual oil output to be 87,000 barrels of oil per day (bopd), down from an earlier forecast of 89-93,000 bopd.

With global oil prices stuck around $60 a barrel and production taking a hit, Tullow expects free cash flow in 2019 to be around $350 million, down from an earlier forecast of $400 million. It said it was still focused on reducing debt.

Chief Executive Officer Paul McDade said in September it had plans to drill three or more oil exploration wells in Guyana next year after the company's second offshore oil discovery in the South American country.

Tullow Oil discovered the Jethro-1 in August and hit oil at the Joe-1 well in the Orinduik block in September, and is currently drilling the Carapa well.

Tullow's stock, which surged on the news from those oil discoveries, shed as much as 22% of its value on Wednesday - touching its lowest level in more than two years.

"Tullow and the Joint Venture Partners are assessing the commercial viability of these discoveries considering the quality of the oil, alongside the high-quality reservoir sands and strong overpressure," it said in a statement.

In its pursuit of additional prospects and lighter oil in the area, the focus of the Guyana exploration now falls on the Carapa well and its ability to open a new Cretaceous play, potentially with lighter and less sulphur oil quality, Jefferies added.

(Reporting by Yadarisa Shabong in Bengaluru; Editing by Bernard Orr and Elaine Hardcastle)