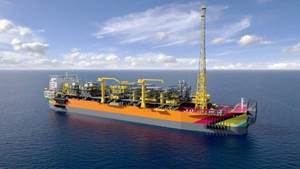 With ExxonMobil sanctioning its third offshore development in Guyana following the government approval, SBM Offshore has confirmed it has won a contract to deliver an FPSO for the project.

Under the contract, SBM Offshore will construct, install, and then lease and operate the Prosperity FPSO at the Payara project off Guyana for a period of up to two years.

After this, the FPSO ownership and operation will transfer to ExxonMobil which operates the gain Staborek offshore block in Guyana, on behalf of its partners Hess and CNOOC. The first oil is expected in 2024.

The firm FPSO contract follows SBM Offshore's completion of front-end engineering and design studies, completion of the multi-purpose hull, receipt of requisite government approvals, and the final investment decision on the project by ExxonMobil and block co-venturers, SBM Offshore said.

The Prosperity FPSO will utilize a design that largely replicates the design of the Liza Unity FPSO, which will be Guyana's second FPSO in production from early 2022.

SBM said it expected to award some contracts to local Guyanese companies too.

"For example, the company is looking at executing scope for fabrication and coating of a portion of the light structural steel for the FPSO in Guyana, which would be a first for SBM Offshore in country," SBM said.

Additionally, SBM Offshore said it was preparing to recruit and employ Guyanese engineers into the Payara project team.

"Both activities are focused on development of Guyanese capacity, building on efforts to date for the Liza Destiny and Liza Unity FPSOs," SBM Offshore said.

Worth noting, SBM Offshore was behind the delivery of Guyana's first FPSO, Liza Destiny, which started production in December 2019. This FPSO, however, was not built under the Fast4Ward program, but was converted into an FPSO from a VLCC.