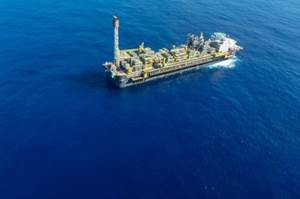 The company is reviewing the offers and hopes to make an official selection in the first half of 2021, it said.