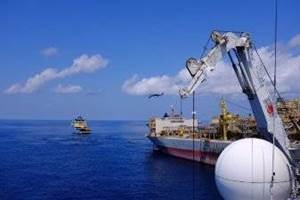 The project to replace the umbilical cables, which provide electrical power and control signals to the Montara complex subsea well-heads, was identified by the previous operator PTTEP as a high priority, however the work was deferred until operatorship was transferred.

Jadestone, which took over as operator and 100% owner of the Montara project in 2018, said its operating and engineering team was able to complete this work on budget and without incident.

The replacement umbilical cables were installed using the DOF Subsea vessel Skandi Hercules, which was mobilized in Singapore on August 19, 2019, and completed work infield at Montara on September 22, 2019.

Jadestone said it expects the replacement umbilical to last for the remaining life of the field.

Paul Blakeley, Jadestone Energy President and CEO, said, “Early on, we recognized the need to replace the control link to the Montara subsea wells, and this was done as soon as possible, following acceptance of Jadestone’s safety case for Montara. I think of this as a one-off maintenance project, and having it completed now will provide greater confidence in our ability to deliver guidance volumes from Montara.”