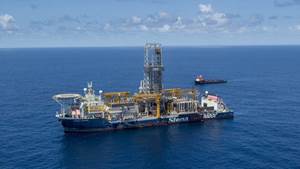 International oil producers have discovered 10 billion barrels of oil and gas that promise to transform Guyana's agricultural and mining economy into an oil powerhouse providing billions of dollars to a nation of about 800,000 people.

The bills are part of updates to the country's regulatory framework for oil exploration and production. The local content bill requires energy projects use local businesses for certain jobs, including environmental studies and metal fabrication.

Exxon Mobil, which leads a consortium responsible for oil production to date, plans to build a supply base in Guyana for a future project. The country also plans an offshore lease auction next year that could lead to new oil development and revenue.

The Natural Resources Fund assigns oversight of oil revenue to parliament instead of the finance ministry. Proceeds could be used for development and “essential projects that are directly related to ameliorating the effect of a major natural disaster,” according to the bill.

Opposition lawmakers objected to the fund bill during a raucous hearing, where opponents blew whistles and sought to halt passage by disrupting proceedings. It was approved by voice vote with amendments.

The Private Sector Commission, made up of the country’s most powerful businesses, supported the resources fund, saying it provided "for parliamentary oversight on the spending of these resources which fosters greater accountability and transparency.”

“We note the removal of the unbridled authority that was entrusted in the Minister of Finance in the Act of 2019, and the disaggregation of some of these responsibilities to other authorities and oversight bodies,” the PSC said in a statement.

With the approval, the fund bill head to the desk of President Irfaan Ali for his review. If President Ali signs it into law by Dec. 31, the government can use the oil money in next year’s budget.