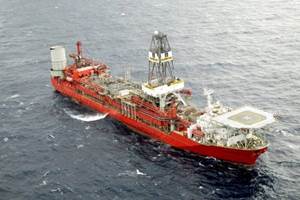 Brazilian oil firm Enauta said Monday that production from its Atlanta field offshore Brazil was affected by a failure in the pumping system at two wells. The Atlanta Field is currently producing oil through one well only.

"Two wells stopped production in the last few days. This afternoon, the company diagnosed a failure in the pumping system of those two wells. The first well is expected to resume production in the second half of this month and, thereafter, the field will have two producing wells," Enauta said.

The second well is expected to resume production in August 2021, and from then on, the field will have three producing wells. The deadlines for the resumption of production in the wells consider boarding restrictions imposed by COVID-19, the company added.

A week ago,  Enauta said it had completed the transfer of a 50% stake in the Atlanta offshore field, previously held by Barra Energia.

Enauta in April said it had received regulatory approval to take full ownership of the Atlanta offshore oil field in Brazil, following the decision by its partner Barra Energia to exit the field located in the Santos Basin.

The Atlanta Field currently produces via wells connected to Petrojarl I FPSO.