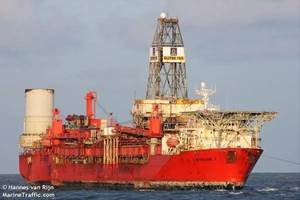 Brazilian oil and gas company Enauta said Wednesday that its Atlanta field in the Santos Basin offshore Brazil had resumed its production through well 7-ATL-2HP-RJS.

"The second well should start operating next and, by the end of September, the resumption of production from the third well in the field is expected," Enauta said.

Enauta had restarted output from the field in August following a planned downtime; however, it on August 26 said that it had to preventively interrupt production in the field due to an issue with a hose at the field.

In a statement on Wednesday, announcing that production had resumed from one well, Enauta said that during September, the commissioning of the new water treatment unit with increased capacity would be carried out, and the stabilization of production in Atlanta would take place.

During the downtime period, the Ministry of Labor’s demands were observed, and inspection and adjustments to FPSO Petrojarl I were conducted to extend the chartering agreement for up to two years, the company added.

Over the coming months, these activities will be concluded, so that, by the end of the year, the ship classification entity can assess the general condition of the FPSO and confirm the extension of its useful life, the Brazilian company said.

The Atlanta field is operated by Enauta Energia S.A., a wholly-owned subsidiary of Enauta, and has a 100% interest in the offshore oil field.

Enauta has been producing oil from the field using the FPSO Petrojarl I as an Early Production System, and has been looking to deploy another FPSO at the field for full-field development. For this, the company in February signed a contract with Malaysia's FPSO specialist Yinson.

The larger, full-field development FPSO - FPSO Atlanta - is expected to start producing oil from the field by mid-2024.

The Atlanta FPSO is being converted in Dubai Drydocks World, including structural upgrades, refurbishment and enhancement of equipment. It will have a production capacity of 50,000 BOPD, 12.4 MMscfd gas and a storage capacity of 1,800,000 bbl.