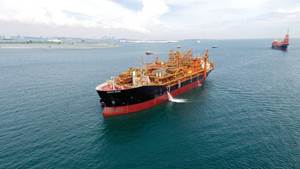 Cairn Energy on Tuesday revised up reserves at its British North Sea Kraken oil field, which is majority-owened by EnQuest, effectively reversing a $163 million impairment it had booked on a Kraken downgrade a year ago.

Cairn, which owns 30% of Kraken, upgraded its reserves estimates at the field by 6.4 million barrels of oil equivalent after it performed better than expected last year, overcoming previous production problems.

"Despite a reduction in group's long-term oil price assumption, down from $70 a barrel to $65 a barrel, the revised valuation of the Kraken asset is sufficient to reverse the prior-year impairment charge in full," Cairn said.

EnQuest, whose shares slumped after Cairn's Kraken downgrade a year ago, never reduced its reserves estimates for the field.