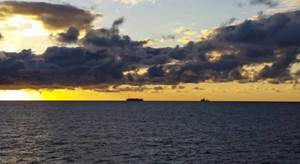 Norway-based TMC Compressors has been awarded a contract to deliver a large marine compressed air system for the Brazil-bound FPSO Anita Garibaldi.

The FPSO - to be delivered by Japan's MODEC in 2022- will be deployed at Petrobras' Marlim field in the Campos Basin.

The compressed air system will consist of large-capacity service and instrument air compressors with associated air dryers and filters. TMC has not disclosed the value of the contract.

"We recently won the contract to supply the marine compressors to the Marlim-bound FPSO Anna Nery. To also be chosen as a supplier to another Marlim-bound FPSO, the Anita Garibaldi, is a really nice recognition. The Brazilian FPSO market is active and we hold a strong position here,” says Hans Petter Tanum, TMC’s director of sales and business development. The Anna Nery FPSO will be delivered by Malaysia's Yinson.

The FPSO Anita Garibaldi will be deployed 150 km offshore Rio de Janeiro, Brazil in a water depth of around 670 meters. It will have an oil processing capacity of 80,000 b/d and oil storage capacity of 1 MMbbl.