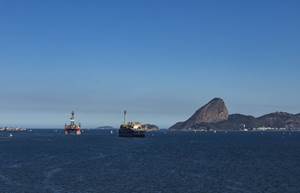 The American Bureau of Shipping said Thursday that an FPSO duo being built for Brazil's Petrobras would be constructed to ABS Class.

The sister FPSOs are currently named P-78 and P-79 and will be deployed at the giant Buzios pre-salt offshore oil field in Brazil's Santos Basin.

ABS said that the fact the FPSO duo would be built to its Class demonstrated ABS’ continued leadership in the industry, with ABS Class accounting for 60% of all FPSOs in service.

Around 70 percent of FPSOs in Brazil are ABS Class, including 30 vessels with the capacity to handle more than 100,000 barrels per day.

"There is a reason ABS is the Class of choice for the offshore industry and has been for more than 70 years. We are committed to supporting innovation and safety in both construction and operations and we are proud to use our extensive experience to support this landmark project. ABS also has deep knowledge of the Brazilian regulatory environment and the experience to support clients in achieving regulatory compliance,” said Matt Tremblay, ABS Senior Vice President, Global Offshore.

Keppel Offshore and Marine and Hyundai Heavy Industries consortium is responsible for the construction of FPSO P-78. Keppel said in May that the order was worth $2.3 billion.

As for the FPSO P-79, the offshore unit will be built by a consortium of Daewoo Shipbuilding & Marine Engineering and Saipem. This FPSO is worth around $2.3 billion, too.

Both vessels, which are due in service in 2025, will have an installed capacity to pump 180,000 barrels per day and process 7.2 million cubic meters of gas per day.