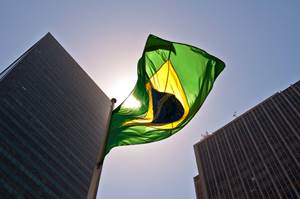 Fourteen companies have been officially approved by Brazilian authorities to participate in an oil bidding round in November, in which total signing bonuses are expected to be the biggest so far, exceeding $25 billion, national oil regulator ANP said on Monday.

As widely expected, the companies participating include a broad swath of global oil majors.

In addition to Brazilian state-run oil firm Petroleo Brasileiro SA, or Petrobras, authorities have approved the Brazilian units of:

The so-called transfer-of-rights (TOR) auction is scheduled for November 6, and concerns a zone of Brazil's southeastern coast. Petrobras has already done significant exploratory work in the zone, boosting the area's value, as they are largely devoid of exploratory risk.

Another offshore oil bidding round - much smaller but still sizeable by historical standards - will be held in Brazil the following day.